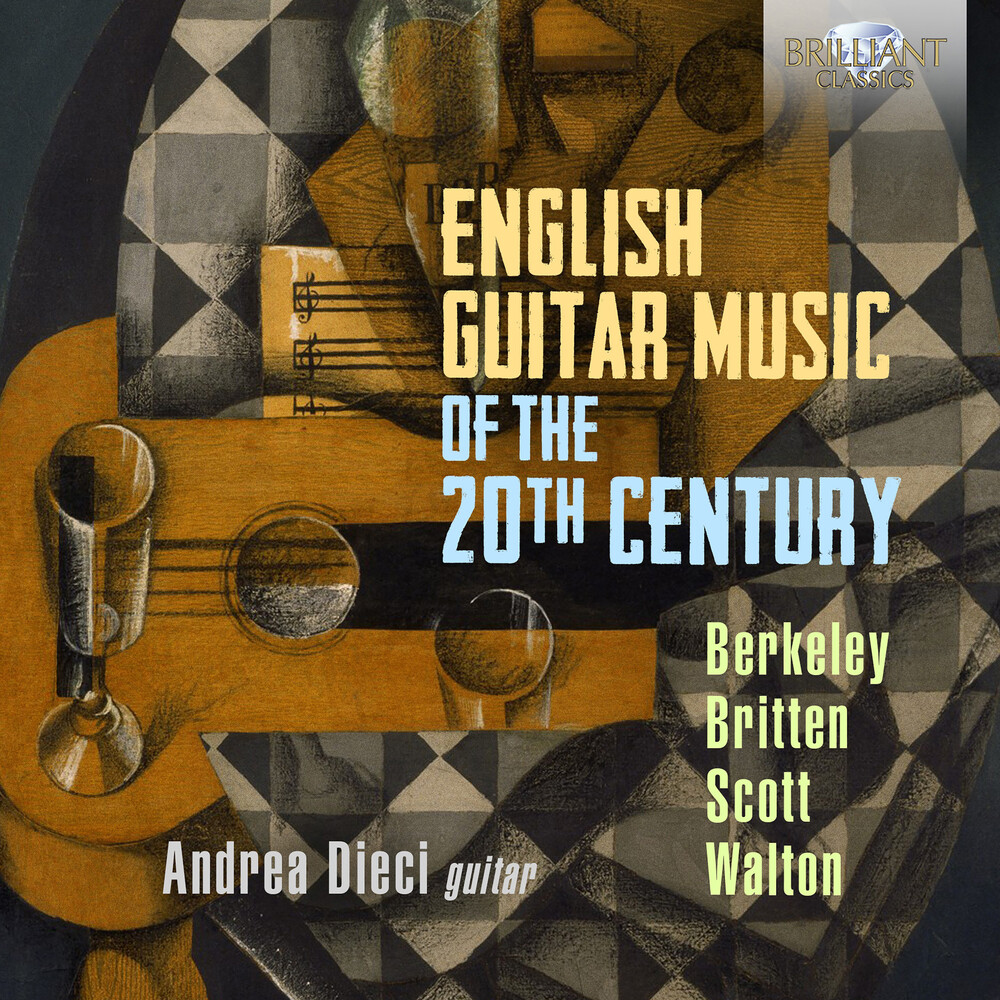 It's easy to identify the classical guitar with Spanish repertoire. After all, AndrĂ©s Segovia, who revived the fortunes of the instrument in the early decades of the 20th century after long neglect, was a Spaniard. This does not do justice, however, to the major contribution made to 20th-century guitar repertoire by a number of national schools, among which the United Kingdom's is particularly outstanding for the quantity and quality of the pieces. This album offers a significant sample of music for solo guitar by four important composers: Cyril Scott, Lennox Berkeley, Benjamin Britten and William Walton. Despite being relatively unfamiliar to the wider public, the figure of Cyril Scott (1879-1970) is one of real interest. Though it was written in 1927, Scott's Sonatina has only entered the repertoire of today's guitarists in recent years. It's solid compositional mastery gives rise to a beauty at once enigmatic and captivating. Lennox Berkeley's (1903-1989) compositions for the guitar span almost half a century and are a faithful record of his stylistic evolution. Berkeley's 4 PiĂ¨ces pour la guitare is a sparkling collection in spirit very close to the style of composers such as Albert Roussel and Francis Poulenc. The Nocturnal after John Dowland Op.70 (1963) by Benjamin Britten (1913-1976) is also a theme and variations, but rather than present the theme and develop it with variations, Britten inverts the form, revealing the theme only at the very end of the piece after it is gradually unveiled in fragments of a musical mosaic cleverly scattered across the preceding variations. The irreverent japes of William Walton's (1902-1983) FaĂ§ade for speaker and instrumental sextet, which in 1922/3 marked the composer's debut as an enfant terrible, soon gave way to a late-Romantic style closer to Bax and Vaughan Williams.