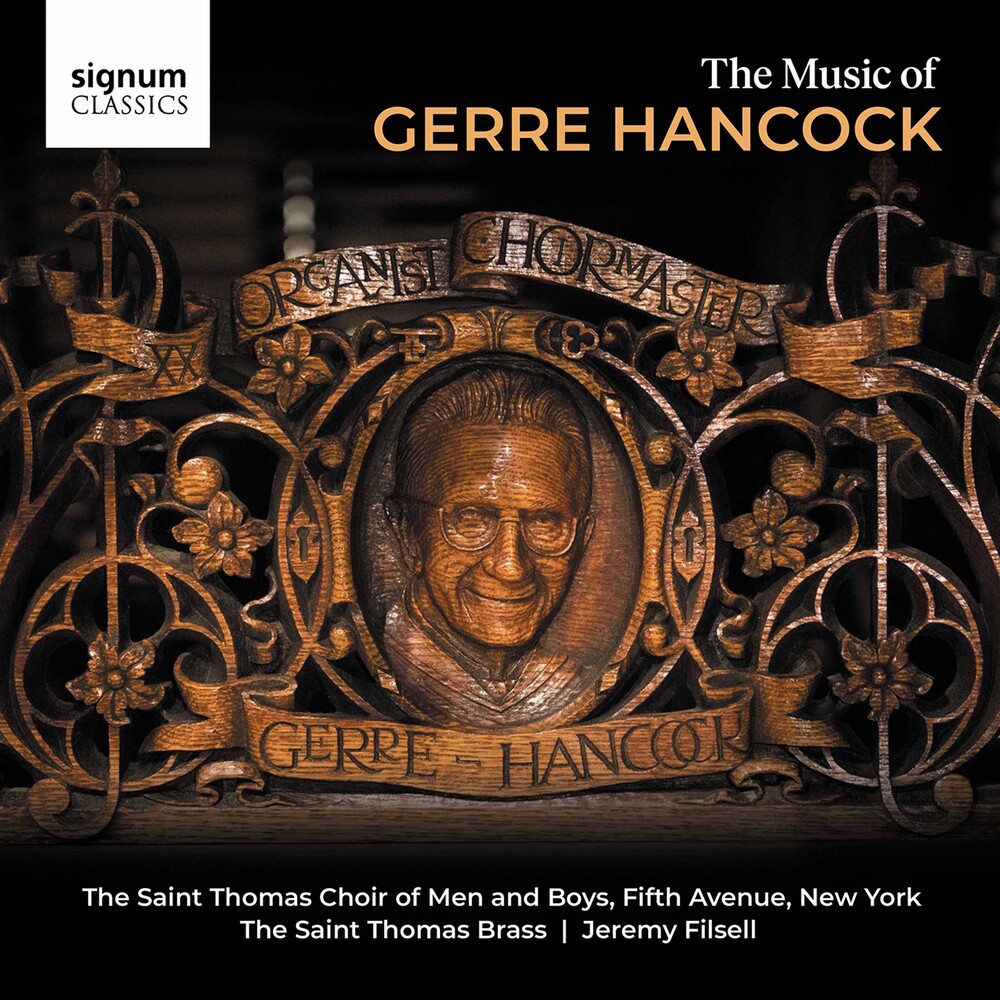 The renowned Saint Thomas Choir of Men and Boys record a fitting tribute to their former Choirmaster and Organist Gerre Hancock (1934-2012). In this post for over 30 years, he was a pivotal figure in the choir's rejuvenation and created a wealth of choral and organ music during his career - much of it composed for friends and colleagues across the USA. The performances are led here by Jeremy Filsell, their present Organist and Director of Music, with additional accompaniment from Benjamin Sheen (Associate Organist) and Nicholas Quardokus (Assistant Organist), and the Saint Thomas Brass ensemble. The Saint Thomas Choir of Men and Boys is considered to be the leading ensemble of it's kind in the Anglican choral tradition in the United States. While it's primary raison d'ĂŞtre is to sing five choral services each week, the Choir also performs regularly with Orchestra of St. Luke's and New York Baroque Incorporated as part of Concerts at Saint Thomas. Over recent years, the Choir has toured throughout the US, Europe and Scandinavia with performances at Westminster Abbey and St. Paul's Cathedral in London, King's College, Cambridge, Dresden and at the Thomaskirche in Leipzig. The boy choristers make frequent appearances on local and national television programs. Jeremy Filsell is one of only a few virtuoso performers as both pianist and organist. He has appeared as a solo pianist in Russia, Scandinavia, New Zealand and Australia and throughout the USA and UK. He combined an international recital and teaching career with being director of music at the Church of the Epiphany and then of St. Alban's in Washington DC, Artist-in-residence at Washington National Cathedral, and Professor of Organ at the Peabody Conservatory before moving to New York in April 2019 to become Organist & Director of Music at the Church of Saint Thomas, Fifth Avenue.