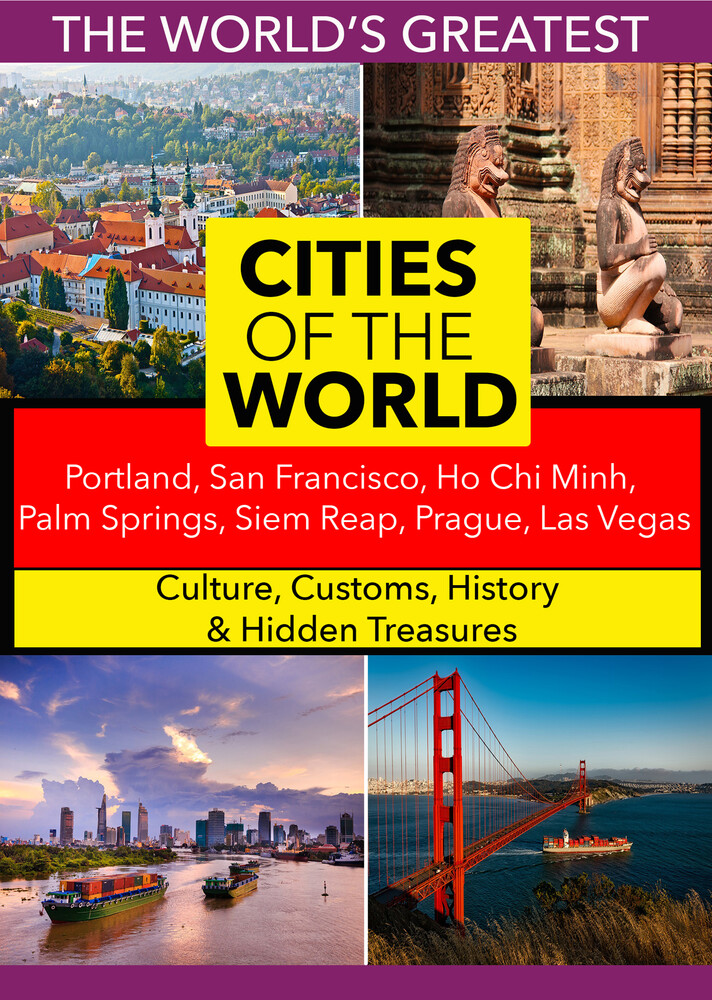 "PORTLAND: Within the city you'll find at least 30 craft breweries. The city is known to have the most beer-makers than any other town in the world. Portland has been the pioneer of the craft beer movement for more than 30 years already. SAN FRANCISCO: The city and it's surrounding areas are known as the San Francisco Bay Area. You must definitely see the tidal wave fog that pours over the Twin Peaks, or the fog seeping through the soaring suspension cables of the famous Golden Gate Bridge. San Francisco boasts of up to 47 hills, yet unnamed. You can enjoy a view of them via cable car. Stare down in awe at the rows of cars parked in 90 degree angles. Stop by the best vistas: Telegraph Hill, Russian Hill, Nob Hill, Twin Peaks, Potrero Hill, Buena Vista Heights and Pacific Heights. HO CHI MINH: More popularly known as Saigon. It is the largest city in Vietnam. Many of the top attractions in Saigon revolves around it's experiences in the 20th century war and conquest. Walking around the city, you're sure to see it's classic French architecture to perfectly maintained American war planes. It is Vietnam's biggest city and business capital. There's the War Remnants Museum, a sobering and unforgettable museum where you'll see the effects of the 30-year long war between Vietnam and America. PALM SPRINGS: The city is famous for it's mid-century modern architecture and the design elements that come from it. You can also indulge in it by trying out everyday activities such as biking, golf, hiking, horseback riding, swimming and tennis, which are all major recreational activities in Palm Springs. The most popular is golf. During Hollywood's golden age, actors were contractually bound to stay within 100 miles of the studio for last-minute shoots. Stars like Marilyn Monroe, Frank Sinatra and Dean Martin traded the hustle and bustle of Hollywood for palm trees and poolside cocktails in Palm Springs, exactly 100 miles from Hollywood. SIEM REAP: The Cambodian center of culture. It's got glittering temples, street food and bustling markets to discover and explore. The city boasts of a colonial and Chinese-style architecture in the Old French Quarter and around the Old Market. There are the museums, traditional Apsara dance performances, a Cambodian cultural village, souvenir and handicraft shops, silk farms, rice-paddies in the countryside, fishing villages and a bird sanctuary near the Tonle Sap Lake. PRAGUE: The largest and capital city of the Czech Republic. Some of the popular attractions in Prague include, The Prague Castle, the Charles Bridge, Old Town Square with the Prague astronomical clock, the Jewish Quarter, Petrín hill and Vysehrad. Prague is also frequented for it's Czech beer. "Pivo" which means beer and "pivnice," the place to drink beer.