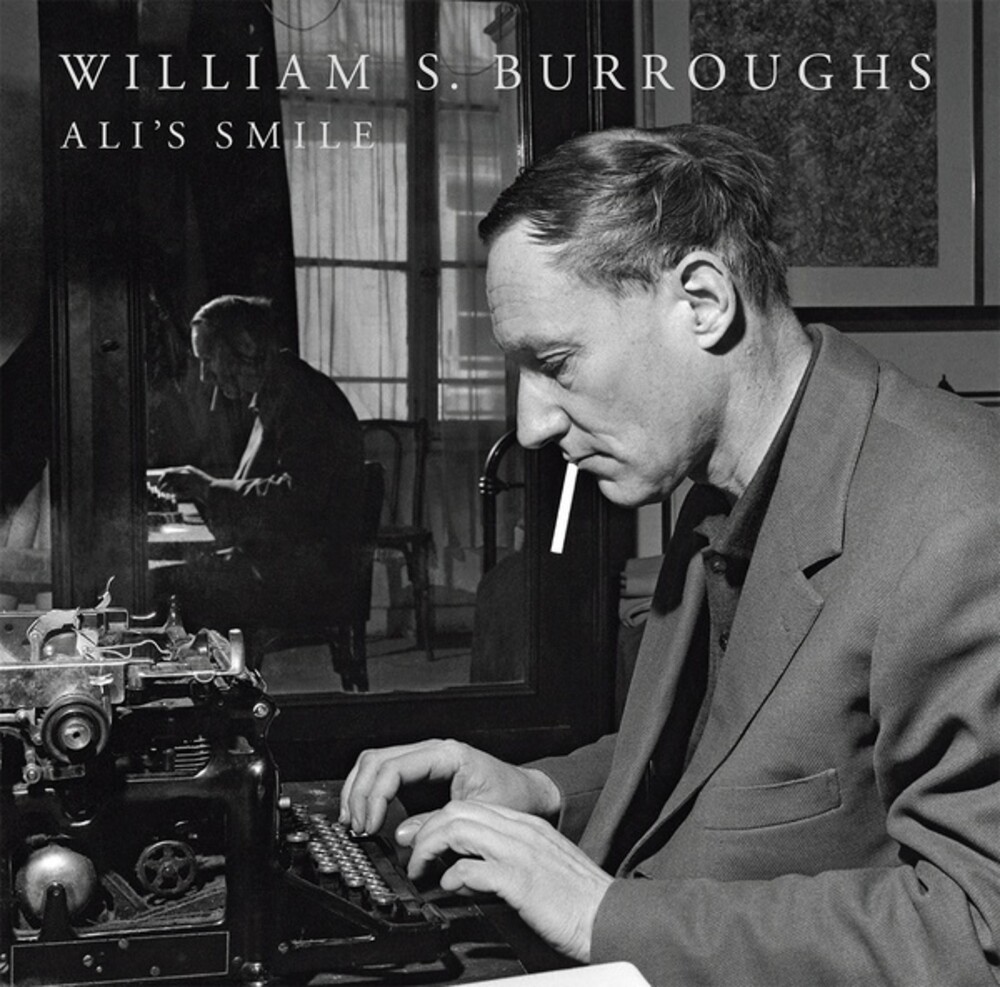 Vinyl LP pressing. This record is divided into two sections. The first part is the title track and takes up most of side one. Ali's Smile was first published in 1971 and was privately released as a one-sided LP, in an edition of 99 copies. It came in a plain sleeve with a hardback copy of the spoken text, and was sold exclusively through Unicorn Bookshop in Brighton, UK. This is the first official reissue of this lost audio recording. A tale of revenge, heartless cruelty and amulet power, muddied with frequent recourse to Scientological references. The rest of the LP is taken up with 33 minutes of audio tape supplied by Burroughs in answer to various questions mailed to him by a freelance journalist. It also includes several readings from material he was working on at the time. The recordings date from 1963, which places them as some of, if not the, earliest in-depth recordings of his readings and thoughts. As this material dates from just before the publication of Nova Express, much of it serves as a useful companion and commentary on his Nova mythology. In the end only about ten minutes of this material ever got broadcast, and was used as part of an illustrated talk on the BBC's Third Programme.
back to top