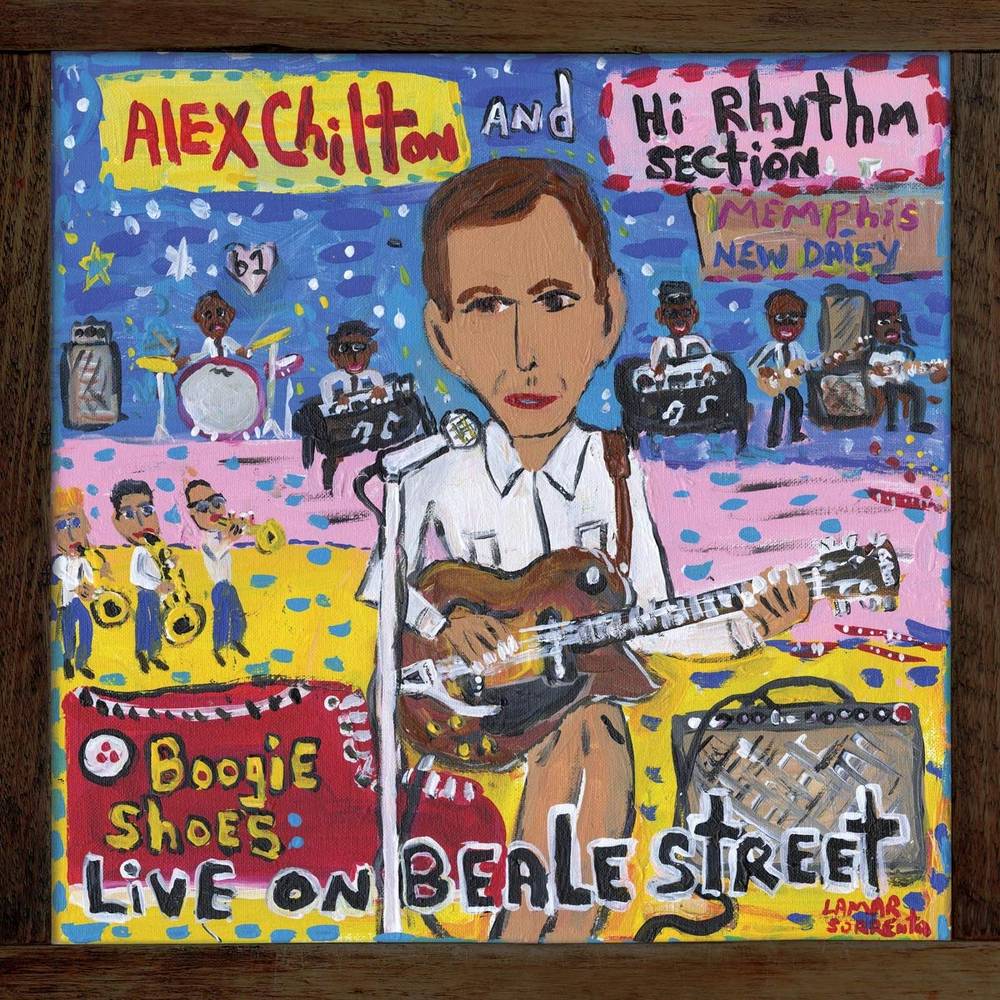 Memphis is a city with music in it's blood. When Fred Ford, co-founder of the Beale Street Music Festival, was diagnosed with cancer, David Less organized Fredstock, a fund raiser to help with his medical bills. Less contacted Memphis legend Alex Chilton (The Box Tops, Big Star), who was living in New Orleans, to ask him to participate. Alex said he didn't have any musicians to play with in Memphis, so Less suggested the Hi Rhythm Section (the band behind classics from artists including Ann Peebles, Ike & Tina Turner, O. V. Wright, Otis Clay, and Al Green). Alex replied, "That will work." This previously unissued live set contains versions of soul classics from The Supremes and Otis Clay, rock numbers from Chuck Berry and Little Richard, and even a cover of the KC & The Sunshine Band title track. Available on CD, Digital, and LP, Boogie Shoes: Live On Beale Street was recorded at the New Daisy Theater in Memphis in 1999, during Fredstock.